What are SQ Series?

SQ series of logic analyzers are small devices (50mm x 50mm x 25mm) as seen in the image below:

Please refer to product page for detailed features and limitations of each device.

SQ Series logic analyzers and pattern generators connects to a computer via a USB cable (mini-B). A free software - called ScanaStudio - is used to configure the device, display captured signals and build signals to be generated. The software can also be used to further analyze the captured samples by decoding protocols like I2C, SPI or UART. It’s worth noting that SQ series can capture and generate signals simultaneously, and ScanaStudio software is perfectly adapted for that type of applications.

Unlike other devices that stream data over USB, SQ series uses an internal memory to store captured samples (or samples that need to be generated).

To get the most out of your SQ device, it’s important to have a global understanding of how its internal memory works.

SQ’s memory can be divided into two sectors:

The amount of memory allocated to capture or generation can be defined without much restrictions. The animation below shows how the memory organization affects device operation:

If your ScanaQuad device is configured in capture mode, the total memory is available for the captured samples. However, you may only allocate a part of that memory for signal capturing.

If your Scanaquad device is configured in generator mode, the total memory is available for the generator. Samples will be transferred to ScanaQuad memory and then generation will start.

The sample sequence may be generated in a loop or only once depending on the check box “Loop generated signal”:

Note: Both capture and generator mode share the same internal sampling clock, so it is not possible to have a different clock for capturing and generating signals.

SQ series logic analyzers are meant to be versatile devices as they are capable of capturing and generating logic signals. The small number of channels (4 channels) make it ideal for low-budget applications where serial protocol diagnostic is needed. Among most typical applications, we can list the following:

Being able to capture and generate signals simultaneously makes SQ series ideal for application where it is needed to simulate a circuit a capture its response.

SQ Series logic analyzer is shipped with the following accessories: 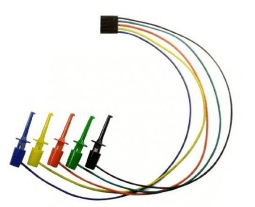 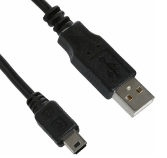 SQ logic analyzer and pattern generator have the following ports and interfaces: 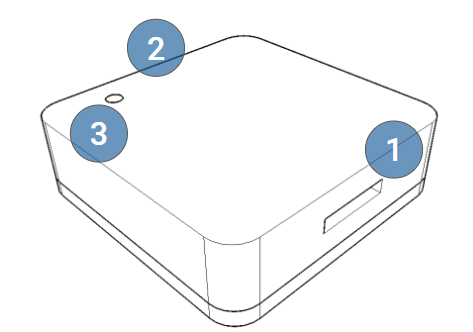 On newly purchased devices, Linux and MacOS do not need any specific operations to install SQ device on the system. It should be automatically recognized by the system.

In case of doubt, or if any diagnostic is needed, the SQ device uses the following USB VID / PID pair:

SQ devices uses an FTDI USB chip, loaded with a proprietary PID that is specific to Ikalogic products. This prevents FTDI drivers from claiming the device as an FTDI serial COM port.

For older devices (manufactured prior to 2019), the loaded PID was not a proprietary one, and was shared with other FTDI Chip devices. Luckily, it is possible to update the PID of an older SQ device by launching the device compatibility wizard (which can be accessed from the top right settings menu in ScanaStudio).

SQ status led can either be Off, Green or Orange.